Mid-size arenas will provide the new “battleground” for venue operators in the post-pandemic touring industry, it has been claimed.

ILMC New Builds: The venue boom panel looked at the growing number of new buildings coming online, from Swansea Arena to Seattle’s Climate Pledge Arena, as well as future projects such as Co-op Live from Manchester.

With investment in the bricks-and-mortar side of the live music industry reaching record levels, major venue operators have stepped up to discuss arenas and grand buildings of the future.

Tom Lynch, Chief Commercial Officer and Senior Vice President of ASM Global, Europe, discussed the company’s management of Olympia London, which includes a 4,400-seat concert hall and a 1-seater performing arts theatre. 575 seats, and is due for completion in 2024. He also referenced the company’s involvement in the 3,500-cap projects for Wolverhampton Civic Halls and Derby Arena, both of which are in development.

“It reflects where we think there is some growth in the market,” Lynch said. “It’s great to build new arenas and stadiums, but in fact you look all over Europe and there are venues that cap out at 2,000 in every city, and the next step is 10,000 to 15,000 arenas of a capacity.

“It’s a problem. It’s a limitation of emissions and we think more about those [mid-sized] venues will come to market and help the industry grow and sell more tickets, rather than crowding or stealing tickets. We want to create sites where there are none and try to generate economic impact in this way.

DEAG Director Detlef Kornett agreed, “The new battlefield will consist of medium-sized arenas… It’s very important to close that gap between 2,000 and 23,000.”

Kornett said there was a growing awareness that music events were no longer just frequented by the artist’s fans.

“Our industry has grown a lot in recent years because of the baby boomers. Then we had a pandemic and this group is a bit hesitant to come back”

“It’s very similar to what’s happened in sports and that’s where premium offerings and diversification come in,” he said. “People come for more reasons than just listening to music: they want to socialize, they want to have a good time before and after, and they want to communicate on social media that they were at the event. New arenas have the ability to provide for this.

“Our industry has grown a lot in recent years because of the baby boomers. Then we had a pandemic and it’s very clear now that this group is a bit hesitant to come back. So any new sites efforts to eliminate this anxiety will be very important. Once we get out of this pandemic, if that’s the case, you’ll see a lot of pent-up demand. »

Lynch explained the pros and cons of renovating an existing building versus pursuing new construction – referring to ASM’s Newcastle Gateshead Quays 12,500-cap arena project, which will succeed the ‘Utilita Arena in the city, almost 30 years old.

“Once you’ve built a site, there’s so much carbon, trying to be sustainable from there is damage control,” he said. “You can do great things in energy use and just how you interact with the community, but you have to be really mindful of the decision you’re making.

“Newcastle Gateshead is a good example where we have actively sought to renovate what exists, rather than change and build new. The reality for us is that it was built for £10million in 1994, so it’s a hangar, it’s not even an aircraft hangar. It’s an incredibly successful place. And we’ve evolved it over the years, but actually trying to retrofit something that’s all metal and was built for £10million, so long ago, is counterproductive.

“New constructions are fantastic anchor points for a regeneration project”

Opened in 2024, the arena is the centerpiece of a £260million regeneration program which will include a conference and exhibition centre, restaurants, a hotel and extensive ‘outdoor estate’ areas and a performance space on the same site.

“We are closing a site and bringing something new to market with other aspects of the event venue that we believe are more sustainable and better for the environment,” Lynch explained. “It attracts more people from different walks of life. What we are ultimately targeting is not just one clientele or one demographic, but a cross section of society. »

“These are fantastic anchors for a regeneration project,” he said. “The traffic that these buildings attract only revitalizes the neighborhoods. You can see that in Leeds, where the amount of private investment, after the arena was built, is just incredible. The fact that 12,000 people go there every week ensures that the whole local community, shops and bars etc. have this footfall to survive.

“There is a great opportunity for these buildings to be truly engaged in the community to become an anchor and facility for community and other activities. The 2000s were about an experiential economy: buying things, buying experiences. I think the next generation is going to buy experiences that make us better. And part of that is our cultural footprint – how we engage with these places, how we engage with our communities – and we need to create buildings that allow you to do that.

“We are now seeing much larger event floors. Everyone loves a mosh pit”

Rhodes joked that the quest to design a bowl that was as large as possible but still capable of providing an intimate experience remained “the holy grail.”

“How can it be scaled up to 6000 – 7000 – where you get a totally authentic experience without feeling like you’re in an empty room? There are ways to do that,” he said. “The size and scale of the event room is critical. We now see much larger event stages. Everyone loves a mosh pit, so let’s make those mosh pits bigger. And you can flex on that.

“There’s technology there in terms of curtains and such, but I’m particularly interested in the super-theater model, which ties into this smaller-scale arena, where you actually force short stage setups to create walls of people for the performers.The bowls were designed to create that Liverpool FC Kop or Borussia Dortmund Yellow Wall type feel.

Guy Dunstan, director of ticketing and arenas for the Birmingham-based NEC Group, spoke about the evolution of arenas, particularly with regard to the customer experience.

“I think about what sites were like 20, 30 years ago and they’ve evolved significantly,” he said. “At the time, venues were very concrete, soulless spaces, and it was about getting people in, getting them to their seats, watching the show and maybe having a beer. But as we’ve grown our facilities, we’ve elevated this whole experience. And what we have also done is open the premium opportunity.

“If you look at revenue generation for New York, Seattle, Manchester, you basically generate your revenue by having a naming rights partner who is committed to the local community and wants to be associated with a quality venue that touches their base consumers – and they’re willing to pay for it,” he said.

“We all know that the VIP product, 10 and 15 years ago, was the VIP boxes. Well, that’s it – people want to be communal and they want product diversity. So in all of our buildings you have approximately 10-15 different price points, locations and amenities to cater to specific corporate and non-corporate clients. So if you get the right referral and if you get the right bounty, that solves the problem. But at the end of the day, we all know it all comes down to content.

He added: “It used to be that operators built arenas around a hockey rink or a basketball court, but at the end of the day, let’s be honest, the lifeblood of our business is music – and that took us a long time to understand. that.

“Coming out of the pandemic, it was a strange time that we just opened in four new buildings. But we are pretty clear that the return on investment has been very successful.

“Going forward, I think we will have a little more difficulty with the supply chain and materials and the rising rate of inflation. But we know that more people are listening to music and more people are playing music than ever before. And our partners seem pretty happy with what we’re doing, which is why we have 10 more sites under development. 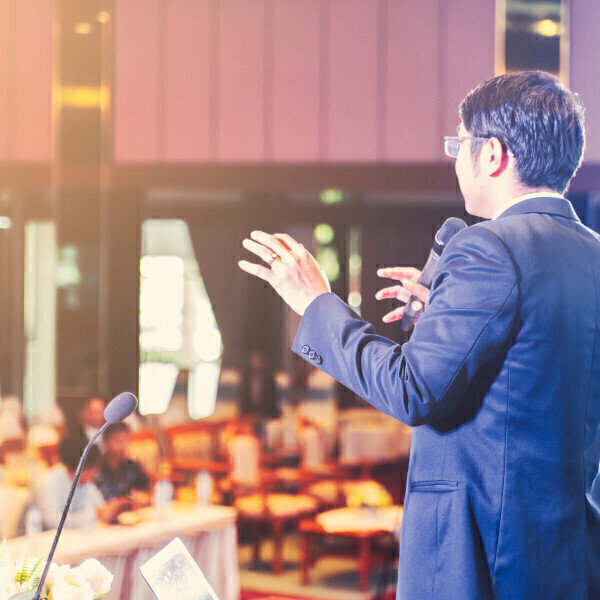